The Songshan Shaolin Temple was originally built in 495 AD by Emperor Xiaowen of the Northern Wei Dynasty for the Indian monk Batuo. Thirty two years later, another Indian monk Bodhidharma arrived at Shaolin temple. He was the patriarch of Chan (Zen) doctrine in China. Thereafter, Shaolin Temple was recognized as the origin of Chan Buddhism. According to legend Bodhidhara brought with him from India a series of stretching and strengthing exercises to help the monks remain fit during their long periods of meditation. 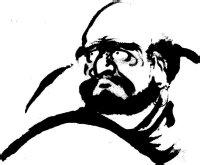 The North Shaolin Monastery, originally called “Faxing Temple” was first built in the Wei Jin Dynasty (220 - 317 AD). It is the oldest temple in the very large mostly rural Jixian area. According to the official Shaolin Temple internet site it became part of the Shaolin family under the auspices of Abbot Fuyu in 1245 during the Mongolian rule of the Yuan Dynasty in China.

However, there was a longstanding dispute with Taoists in the area at that time and it wasn't until 1315 when an honored Buddhist monk – Fuyu’s student and successor Yun Wei (his Buddhist name, also sometimes called “Chao Yun”) looked at the damaged temple and went to appeal to the Mongolian Court.

There are different stories as to how the dispute was settled, however one of the more interesting is that there was a grand debate held between the Daoists and Buddhists and Yun Wei emerged victorious. It was in 1315 that the name North Shaolin Monastery became official.

The temple prospered on Pan Mountain, as this was a favorite mountain retreat for a long line of emperors dating back to the Wei/Jin Dynasty. Emperors bestowed many gifts upon the temple, and built modest palaces nearby in the sublimely beautiful mountain. Mount Pan is a paradise like place with innumerable fruit and nut trees, wild vegetables and herbs of all kinds.


Panshan is/was a famous for Buddhism and there were some 70 temples on that hallowed mountain. Unfortunately, the entire mountain along with all all the temples were burned in May of 1942, during the Second Sino-Japanese war. So complete was the obliteration of the North Shaolin that it took a very long time for researchers to even find the location. FInally in the 1980s, Professor Gao Wenshan did locate the remains of the true North Shaolin.


The (re)construction of Northern Shaolin Temple is being done in several stages. The first stage started on June 5th, 2009 with a total proposed area of approximately 8,000 meters.

As of this writing (October, 2013), only two of five main building have been built - two great classical Song Dynasty designed Buddhist Temple halls – the upper one – Sutra Hall (Cang Jing Ge also called Fa Tang Hall – a library for sacred scriptures) is painted with divine glory in immaculate detail and beauty, the other just below – Prayer Hall (Tian Wang Dian) – unfinished as yet and appearing rough-hewn but magnificent in its’ enormous simplicity and elegance.